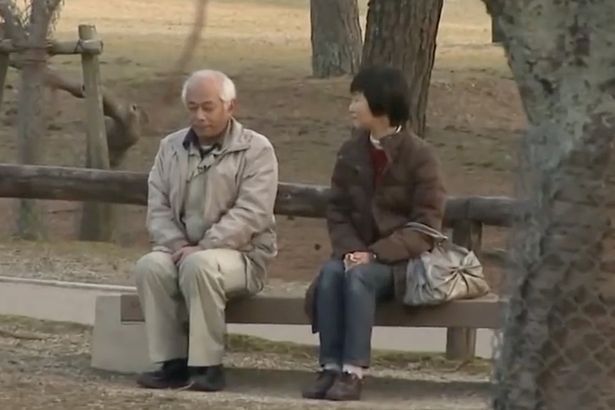 Have you ever gotten so angry at someone that you didn’t want to talk to them ever again? I’m sure you did. I sure have.

What’s the longest you managed to avoid talking to them? A minute? An hour? A day? A week?

For most people, time is enough to melt away anger and resentment. The comment or attitude that seemed red-hot-insulting a moment ago cools down and hopefully we forget, forgive, and move on.

Most of us, that is.

Japan is a culture known for discipline, tradition, and honor. So much so that in the old days, samurais preferred taking their own lives, or performing hara-kiri, rather than facing the disgrace of falling into enemy hands.

And it was in Japan that a man by the name of Otou gave his wife, Yumi, the silent treatment.

She would talk to him as usual, but he would only nod and grunt. Otou never spoke to her throughout that period.

Imagine what it might be like to be in that situation, to spend two decades, or around seven-thousand three-hundred days, with someone who won’t talk to you.

So what was it that had made him so upset? It must have been some heinous, unspeakable act of cruelty, right?

Well, not exactly. It was something that almost every man who marries a woman and then goes on to have kids with her goes through. After Otou and his wife’s children were born, he became jealous of the attention she lavished on them. He was unhappy that he no longer received all of her care.

And it was one of those same kids, many years later, who helped stage an intervention to get his reticent father to talk to his mother again. Eighteen-year-old Yoshiki phoned into a TV show and told them that for as long as he could remember his father had never spoken to his mother.

The producers of the TV show set about changing that. Without the two knowing, they arranged for Otou and Yumi to meet in the exact place where they had their first date. A cozy park bench.

The above video, showing this meeting, is both hilarious and touching. First, a recording from a camera placed in the family’s kitchen shows Otou ignoring Yumi even as she offers him juice. Then the scene changes, and Otou can be seen walking into the park. He freezes when he sees his wife, Yumi.

He then takes a few glacially slow steps towards her, but like some frightened animal, he pauses before taking several tiny steps. This goes on, with Yumi waiting patiently, until he finally sits down beside her.

“Somehow it’s been a while since we talked,” says Otou after a long silence.

“You have endured a lot of hardship,” Otou says.

We then see Yoshiki, the son who had called the TV show, and his two older sisters, sitting in a different part of the park, listening in on the conversation.

Tears are streaming down their faces.

This is the first time, for as long as they can remember, that they hear their parents speaking. It is an emotional moment for them.

“I want you to know,“ Otou goes on, “I’m grateful for everything,”

“I also want to talk… after this,” says Otou, looking rather regretful. “I hope we can work together from here,” he says.

They both bow, and the video ends.

Now, it would be easy to judge Otou as foolish or petty. And perhaps he was. But the important thing is that given the opportunity, he dropped his ego, realized his mistake, and made amends. And fortunately, his wife forgave him—she didn’t hold a grudge. The two made peace, and that’s what mattered in the end.