Home Food Is The Cure For Peanut Allergy…Peanuts?! 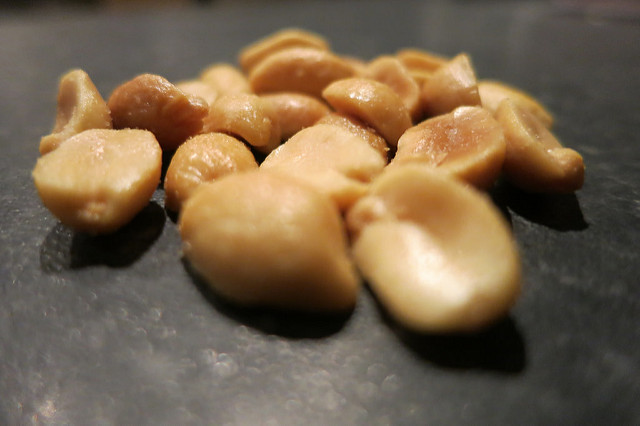 For most of us peanuts are great as snacks or for spreading into our sandwiches. They are delicious and nutrient-packed. But, for some, peanuts hold nothing but fear. Shockingly, peanut allergies are on the increase and in Australia especially, peanut allergies now affect 3 in 100 children. This can be a parent’s worst nightmare. Small amounts of nuts are found in so many foods and this has led to many parents living in fear of their child’s next meal or snack.

For those of you who may not know, an allergy to peanuts can be a scary condition to live with. Symptoms can make the throat swell and close, breathing becomes difficult and, in the most serious of cases, the victim can die from something know as anaphylactic shock. Most people who know of their allergy carry something called an EpiPen, which, in an emergency, will give their body a quick shot of adrenaline, slowing the body’s reaction and giving the victim precious time to seek further help.

But who wants to live like that? Seeing this was a growing problem and wanting to see how the causes of peanut allergies in the young could be understood, researchers in Australia were given an 8 million dollar investment to try out a new form of treatment. One that would prevent the allergy form starting in the first place.

They began trials with babies under a year old who had begun to show signs of eczema (a good indicator of future allergies). They began giving a small dose of ground nuts mixed with probiotics to see if a gradual tolerance could be built-up, and maybe could even prevent a potentially fatal allergy from showing up later in life. Amazingly they found that up to 80% of the children who took part had become tolerant to peanuts by the end of the study. A big win for the fight against food allergies and giving hope to thousands of people world-wide.

Researchers say they need more money to make this new service “standard” across medical practices, but the first results look great. Some believe the reason for the original increase in peanut allergies could be the parent’s fear of allergies to certain foods, which, in turn, made them take them out of their children’s diets. They say parents should actually be introducing the food in small amounts whilst the child is still under a year old, i.e. the most important stage of building his or her immune system.

Perhaps we should start thinking of children’s allergies in the same way we think of vaccines. You have to have a little of the poison in your system to be able to fight it off. By offering them a balanced diet we are helping give them their best chances at a great immune system and lowering their chances of health risks later in life.