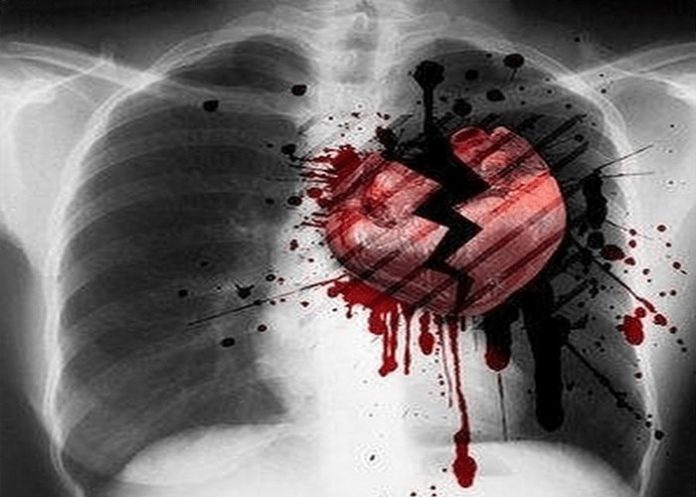 You know the feeling, you don´t want to get out of bed, the world seems a colourless, desolate wasteland. Someone stomped on your heart and now every time you see a couple you want to run furiously at them like a cruel mirage in the desert!  No?  Just me then.  But on some level we have all felt the pain of heartbreak and it sucks.  And that´s just talking of romantic love.  What of the love for our family or our dearest friends….it´s not the heartbreak that speaks of rejection, but of blood ties or lifelong relationships. These can be equally gut-wrenching and devastating.  But could all this emotional pain actually kill you?  Can emotional pain really manifest itself into a life-threatening condition?

Last week, and, let´s face it, last year, seemingly brought us nothing but bad news. Most recently we saw the headline announcing the death of Carrie Fisher and promptly after, the very next day in fact, her mother, Debbie Reynolds also passed away.  This was a woman who, although 84, had been well enough to drive the day before.  And suddenly she was gone.  It is being reported that her final words, before the stroke that ended her life, were “I miss her so much.  I want to be with Carrie”.  It felt both shocking and touching.  As though maybe death can sometimes allow us to choose.

So is it acknowledged by the medical community? Well, in part, yes.  Broken heart syndrome or Stress cardiomyopathy (as the bods like to call it) is actually a thing, though its exact cause is difficult to define.  It is accepted that a sudden emotional trauma can technically flood the heart´s system with stress hormones, producing heart attack-like symptoms.

Interestingly, the Japanese first coined the term in 1990, who referred to it as Takotsubo syndrome.  What´s interesting is that they differentiated the symptoms of a heart attack with that of a “broken heart” saying that in many cases there was nothing obviously wrong with the heart, like, for example, in a heart attack, you would see blockages or problems with the arteries.  In the case of the “broken heart” the heart has just ballooned…as if from too much love almost?  And it is weak, without the notable presence of an underlying problem.

Though they say it is still rare for someone to actually die of their symptoms, in some cases, the stress hormones lead to strokes or other complications, which in the older or more infirm, can lead to death. Perhaps they address at this stage the “will to live” which is considered an important factor in recovery. It seems likely that the loss of your loved one could take away the “will” to carry on in this world and you are more at peace with the idea of joining them in whatever realm you believe in.

We can only hope that is where Carrie and Debbie are now.  For those of us who remain, take care of your heart.